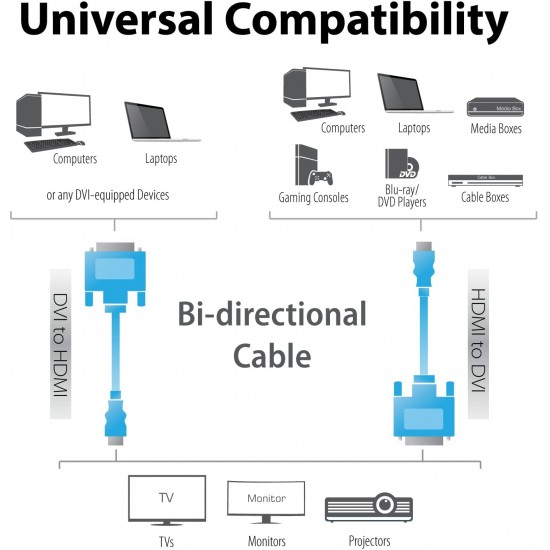 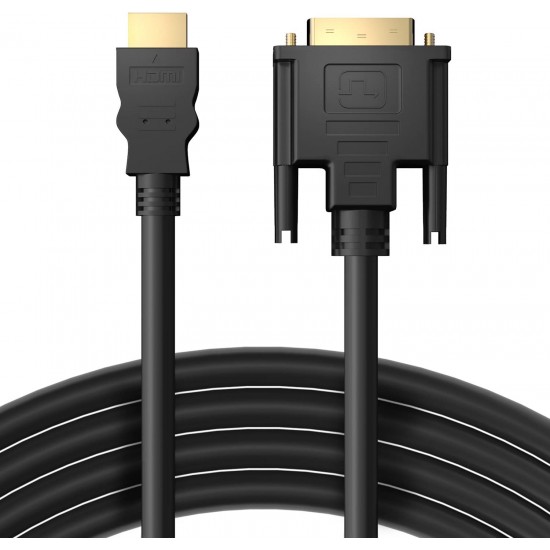 The HDMI to DVI Adapter Cable connects computers other source devices with HDMI outputs such as Blu-Ray players, Xbox 360 to DVI equipped televisions or monitors. Provides maximum support for resolutions up to 1920 x 1200. This cable supports high-bandwidth, uncompressed video  provides your system with high-definition video quality.

Convert your Computer into a Home Entertainment Center
This cable will help you turn your computer to a Home Theater center where you can watch computer based media on your TV or a projector.
Connects computers with DVI connections such as home-theater PCs, Mac minis some laptops-to a HDMI equipped HDTV or other display device with HDMI connection.
For office professionals, you can use this cable to create quality presentations using your projector. For home users, the cable will help you turn your computer into a virtual home-entertainment center, so you can watch all your computer-based media on your home-theater screen.

NOTE: Please make sure both input and output devices are off when plugging or unplugging HDMI cables to prevent device connection errors.

Unlimited Blocks, Tabs or Accordions with any HTML content can be assigned to any individual product or to certain groups of products, like entire categories, brands, products with specific options, attributes, price range, etc. You can indicate any criteria via the advanced product assignment mechanism and only those products matching your criteria will display the modules.

Also, any module can be selectively activated per device (desktop/tablet/phone), customer login status and other criteria. Imagine the possibilities.